Armastek company has signed an agreement with representatives of Thailand

The representatives of the SPC Armastek signed an agreement on joint work in the framework of “promoting of modern fiberglass composite reinforcement in Thailand” in spring 2015 during a visit to Thailand.

As a result of the meeting in Thailand, the Russian and Thai sides concluded ten contracts. The signing of the documents was attended by the heads of the parliaments of both countries. So, the meeting was held in an expanded format of negotiations.

Regarding commercial contracts, an agreement was concluded on the creation of infrastructure on the Kalimantan island in Indonesia by such companies as Russian Railways, Inter RAO Engineering and Bango Publik Company Limited. Russian “Power Machines” concluded a diplomatic document on mutual understanding with the local organization Turbo Machinery Company Ltd. Representatives of the Russian Federation managed to issue, including a profitable agreement in the use of modern navigation technologies with the organization Thailanf Privet LTD. 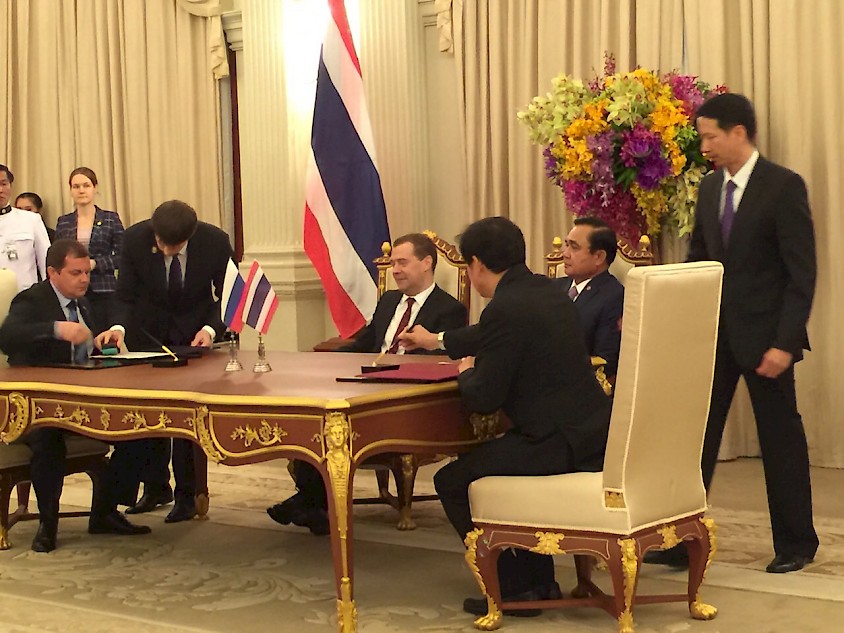